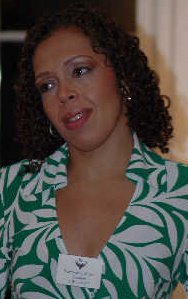 The Historical Novels Society 2017 Conference is in June, and as part of a blog-blitz of promotion, I get to interview Elizabeth Kerri Mahon, HNS secretary and conference liaison for agents and editors.

ElizabethCF: Hi Elizabeth, welcome to my blog! How did you first get involved in the HNS?

ElizabethKM:  I first heard about HNS way back in 2011 when I received an email asking if I was interested in attending the San Diego conference as a blogger and author. I had never heard of HNS before but I was immediately intrigued and ended up joining. I had no idea that a group existed that shared my love of historical fiction. It was like the best kept secret. I’ve been a member ever since.

ElizabethCF: One of the wonderful things about the HNS conference is that all writers attending have the opportunity to pitch to an agent or editor. Can you tell us what exactly your job as Agents and Editors Liaison entails?

ElizabethCF: Who are all of the agents and editors attending the conference this year?

ElizabethCF: You are the author of the blog Scandalous Women. Launched in 2007, the site has averaged over 20,000 hits a month and was named on the the 50 Top History Blogs by Zen College Life. Can you tell us what prompted you to start this blog?

ElizabethKM: Frankly I was bored blogging about myself. I’ve always been a huge fan of biographies and historical fiction since I was a child, particularly the novels of Jean Plaidy and Anya Seton. It seemed natural to start blogging about all these fascinating women that I was reading about. And everyday I would discover more and more women that I had never known about. It was really a labor of love from the very first day.

ElizabethCF: Do you have a favorite scandalous woman–or one you would enjoy telling us about?

ElizabethKM: Wow, that’s really hard. All of the women that I’ve written about are my favorites. But if I had to choose one, it would be a toss-up between Anne Boleyn and Mary Wollstonecraft. Both were hugely controversial during their lifetimes, misjudged, and misunderstood. Anne Boleyn, of course, Henry VIII’s second wife who ended up losing her life after less than three years of marriage, but gave the world Elizabeth II. And Mary Wollstonecraft traveling to France to see the Revolution first hand, wrote “The Vindication of the Rights of Women”, gave birth out of wedlock, and managed to make a living as a writer in the 18th century. It took huge courage for her to leave the safety net of a job as a governess to create an independent life for herself. And course she was the mother of Mary Shelley.

ElizabethCF: How do you go about researching each of the stories?

ElizabethKM: For any of the women that I’ve written about, I start off with what I can find on the Internet, read several biographies before I sit down to write. Some of the women I’ve written about such as Gertrude Bell and Lady Hester Stanhope were so fascinating that I could have gone on researching them forever. I’m really looking forward to watching the new film about Gertrude starring Nicole Kidman, Queen of the Desert.

Elizabeth CF: After several years of success as a blog, Scandalous Women became a book: Scandalous Women: The Lives and Loves of History’s Most Notorious Women, published in 2011 by TarcherPerigee. Was it difficult choosing which women to include in the book?

ElizabethKM: Yes, it was terribly difficult. I wanted to include several of the women that I had already written about on the blog, but it was also important to have new content for readers. My agent and my editor wanted to make sure that there was a nice mix of women that were recognizable along with many women who might not be. Also, my word count was only 75,000 so I had to limit the number of women that I profiled. I think that 35 turned out to be a great number. I went back and forth on several women who ultimately didn’t make it into the book including Princess Diana, Patty Hearst and Gloria Steinham.

ElizabethCF: Can you tell us anything more about yourself?

Elizabeth CF: Thanks, Elizabeth!  It was great to learn more about you, Scandalous Women and the HNS Conference.

One thought on “Interview with Elizabeth Kerri Mahon”