Skip to content
HomePublishing a Story Before It’s Finished

I just finished another unfinished series.  I find it so frustrating to become engrossed in a story only to have the last page not be the end of the story.

Forgetting for a minute my frustration as a reader, I have to ask,

“How do writers do this?”

When I write, I often return to earlier parts of my story to add or delete or change things so that they will work with later parts of the story.  I can’t imagining publishing the first half and being unable to alter it.

I am amazed by writers who have their stories so well constructed in their heads that they can publish the first parts without having finished the later parts.  I’d be petrified.

As a reader, I hate this system!!  I read a book, I love the book–but it isn’t finished.  I have to wait a year?  I won’t remember the story in a year!  Re-read the books, get the new book, and it isn’t finished either??!!?

Knowing all this, I still some how can’t stop myself from picking up a recommended book and getting into this predicament.  My most recent frustration is the Lunar Chronicles by Marissa Meyer (which I highly recommend, despite the fact that is a series of four books with only two currently available). 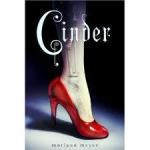 Cinder is the first book, a sci-fi, young adult Cinderella-story.  Obviously marketed to the young adult female reader, I’m working to get my sons to read them.  There’s a lot in here for boys to like too. Action-packed with really cool technology and humor too.

The second in the series just came out in February and is called Scarlet.  This story continues the Cinderella story, but also introduces us to Scarlet and an altered Little Red Riding Hood story.

Wolf is as hard for us to figure out as he is for Scarlet.  He’s genetically altered and scary, but sometimes kind and gentle. Cool story.

I’ve read that the third book will be called Cress and feature a Rapunzel-like character.

My advice to Marissa Meyer?  Hurry Up!

Need I remind anyone of The Name of the Wind series by Patrick Rothfuss and how frustrating that wait has been….continues to be…..

One thought on “Publishing a Story Before It’s Finished”